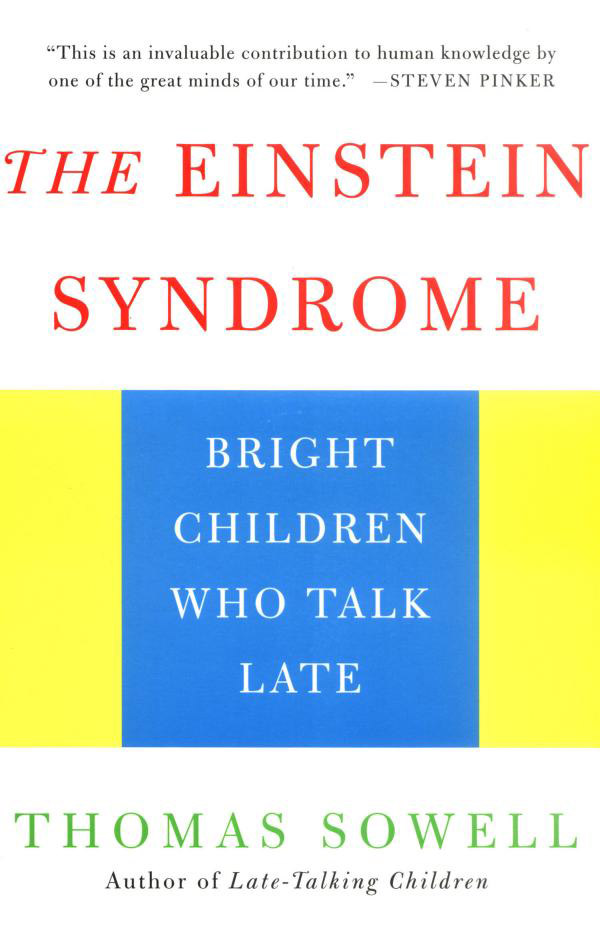 The Einstein Syndrome is a follow-up to Late-Talking Children, which established Thomas Sowell as a leading spokesman on the subject of late-talking children. While many children who talk late suffer from developmental disorders or autism, there is a certain well-defined group who are developmentally normal or even quite bright, yet who may go past their fourth birthday before beginning to talk. These children are often misdiagnosed as autistic or retarded, a mistake that is doubly hard on parents who must first worry about their apparently handicapped children and then see them lumped into special classes and therapy groups where all the other children are clearly very different. Since he first became involved in this issue in the mid-90s, Sowell has joined with Stephen Camarata of Vanderbilt University, who has conducted a much broader, more rigorous study of this phenomenon than the anecdotes reported in Late-Talking Children. Sowell can now identify a particular syndrome, a cluster of common symptoms and family characteristics, that differentiates these late-talking children from others; relate this syndrome to other syndromes; speculate about its causes; and describe how children with this syndrome are likely to develop.

4.5 stars on Amazon
Buy on Amazon
Twitter Over 1M followers