Conquests and Cultures: An International History
by Thomas Sowell 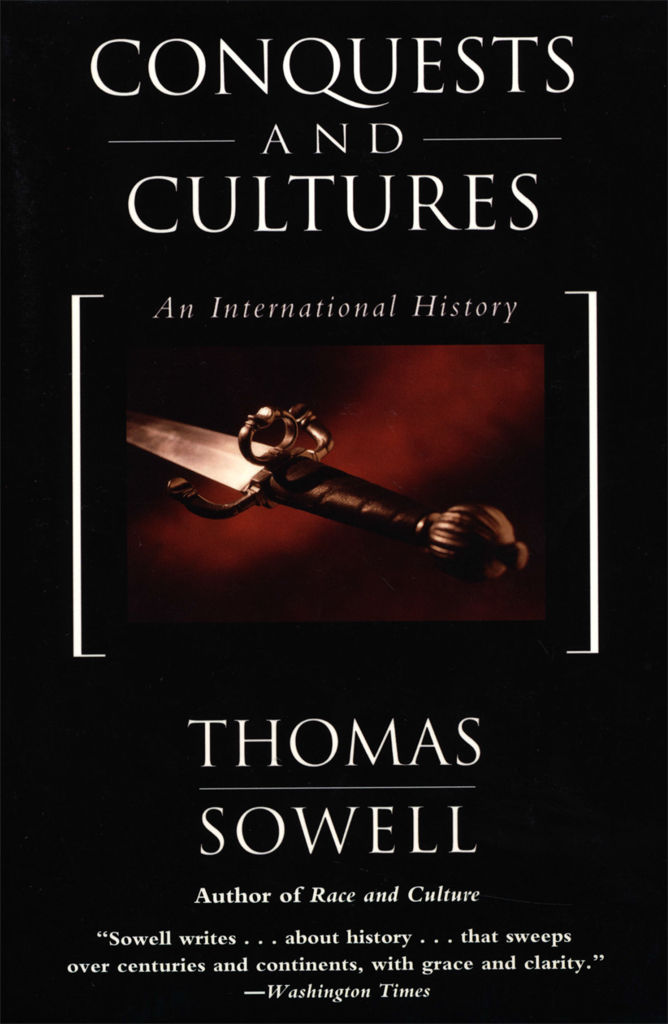 This book is the culmination of 15 years of research and travels that have taken the author completely around the world twice, as well as on other travels in the Mediterranean, the Baltic, and around the Pacific rim. Its purpose has been to try to understand the role of cultural differences within nations and between nations, today and over centuries of history, in shaping the economic and social fates of peoples and of whole civilizations. Focusing on four major cultural areas(that of the British, the Africans (including the African diaspora), the Slavs of Eastern Europe, and the indigenous peoples of the Western Hemisphere -- Conquests and Cultures reveals patterns that encompass not only these peoples but others and help explain the role of cultural evolution in economic, social, and political development.

4.7 stars on Amazon
Buy on Amazon
Twitter Over 1M followers