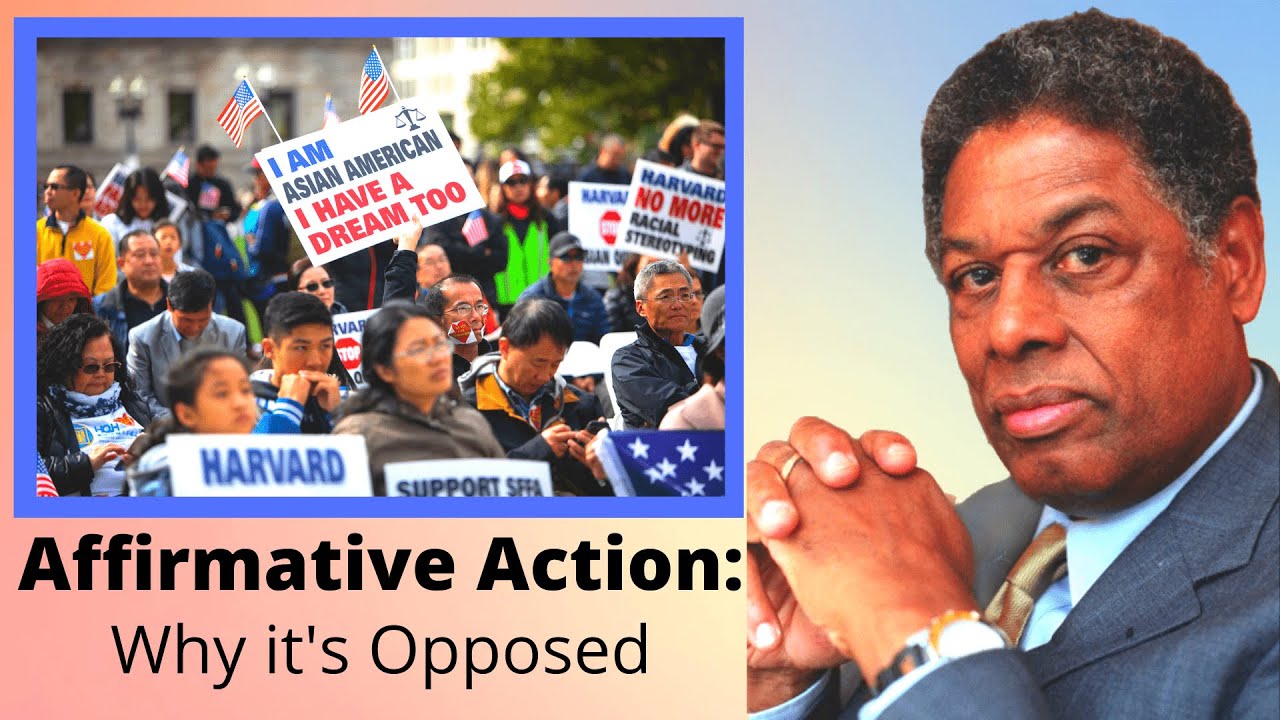 Sowell Explains
This is Part 5 of a 6-Part series on analyzing the affirmative action policies around the world. See here for the complete series: https://www.youtube.com/playlist?list=PL7s6piXiFK-RP812KQD_uaI-xLrZ-Rw-v

Trumpington Fanhurst
if you tell a group or groups they are inferior long enough, they will believe it and that is a loss for us all. It also fosters resentment and creates strife between groups.
Therefore Affirmative Action not only keeps groups of people down; but also sets people against each other.
It's just another way to destroy society.

Patrick Connor
I used to be in favor of affirmative action because I thought it would help certain groups to get ahead and then others in their group would be encouraged to try to achieve. Over time I changed my mind. I didn't resent the groups being helped. Instead, whenever I met a minority person in a high position I found myself wondering whether they achieved their position on their merits. I have to admit that I met many who appeared to get ahead because of affirmative action when they lacked the ability to achieve the position on merit. It's not good when you doubt why someone is in the position they are in.

xbox432
Yeah, I've long had problems with affirmative action in my experiences in the military. Not only trying to get a promotion myself, but as HR I was in charge of setting up and processing the promotion boards.... The regulation doesn't make any "definite" rules on it other than saying they should be kept at an equal percentage. Most units though just assign bonus points. Generally 10 points for every "checkbox". In a MOS (Military Occupational Specialty, I.E. your job) that naturally has high promotion requirements? Those extra points can add up: Racial, Gender, & Religious minorities alongside those who joined the military to get citizenship? That's up to an extra 40 points in some cases.

It does, in fact, bring up quite a bit of bitterness in myself and others when you KNOW that you did better answering the board questions yet were still passed over... I ended up processing the paperwork for so many Soldiers that would get 3 out of every 10 questions. So many wouldn't even study because they felt their promotion was a sure thing.

This isn't to say that all people from minority groups that get promoted don't deserve it, many of my best and most respected Sergeants and Lieutenants over the years have been in one category or another. But sometimes you run across someone and can't help but think "This person should NOT be in a position of authority", in those cases it becomes pretty obvious as to how they got where they were.

Daniel
This is what I was trying to say about Ketanji Brown Jackson.

Yes she may be qualified, but there are so many people who are more qualified but were passed up, just to fulfill the gender and race preferences.

And while there may be experiences she has that other justices don't, that has no bearing on constitutionality of laws.

Experiences and perspectives are only considered if the judge is disregarding constitutionality, in other words an activist judge.

So essentially, the only reason to discriminate against supreme court justices on the basis of race and sex would be to tear down the constitution.

Fallout Fan
Amazing what a little perspective will do.
Most people who criticize those opposed to "Affirmative Action" simply assume it's tired ol' racism.
Justice triumphs over injustice; injustice does not.

GM Freeman
I oppose Affirmative Action because it's the only example of systemic racism I can think of.

Nicholas Hunter
I'm in a graduate program for Counseling Psychology, and Affirmative Action absolutely destroyed the department. Every year, 50% of the new students accepted into the program are black, but each year, maybe 10% of the graduating class are black. This is after they dumbed down the classes themselves, focusing less on Counseling Psychology and more on Critical Race Theory.

Recently, a black woman who was in the Doctorate program and I got into an argument over a psychological test. I argued that because it had really sketchy reliability and basically no validity, it wasn't a test that should be used, especially when there are other tests that DO have the reliability and validity to feel confidant in that measure the same constructs. She got angry and defensive, and declared that it doesn't matter if the test is good or not, it's personally important to her and that's all that matters to her. This is all because, literally, the test had pictures of black people in it instead of white.

A different doctorate student who was also a black woman also decided to rename the LGBTQ+ to "The Queers" (Not hyperbole) because a professor convinced her LGBTQ+ individuals wouldn't mind if you just called them all queer. And a third doctorate student, yet another black woman, told her white client that she can't say she feels like a slave in her own home, because white women don't know what being a slave is like. A fourth black woman doctorate student (Why yes, ALL of the doctorate students in this program are black women, as is the person who decides who gets into the doctorate program, how did you guess?) badgered Dr. Emily Vandiver (Former Lead Editor of the APA) out of the department by accusing her of racism and bias... because the student was too arrogant to read the textbook and come to class prepared to answer questions.

The reason our department dove head first into Affirmative action was because the APA threatened to revoke licensure for the program if they didn't hire more black professors and and acquired more black students, and to that end, they basically kicked out half of the department and hired the first people who agreed to, regardless of their ability to teach, who then went to work taking over the department by forcing out anyone who disagreed with them.

This kind of problem doesn't just extend to those in academia, it ripples out to the world outside. We're Counseling Psychologists, but what kind of quality of therapy can you expect from people who will openly berate and racially condescend to their clients? Every student the department lets graduates is hurt by this, even if they don't by into the Critical Race Theory, that's basically all they're teaching at this point, as actual counseling skills and theories are an afterthought. It's no wonder even after graduation, only 30% can pass the state licensure exams (And it's probably for the best, considering).

absue
My dislike of affirmative action stems from the lowering of standards for some jobs in order to permit the hiring of people who would not otherwise qualify. The only reason to hire someone should be their ability to do the job. The best qualified is the best person to hire. To put it another way, which surgeon would you choose for a life-saving operation on someone you love: the person who is best at that particular surgery, or the person who was hired because of their sex, race, religion, sexual identity, or anything else that has nothing to do with their ability to perform the operation? Who do you want to come to your rescue if you need to be carried from a burning building, someone strong enough to pick you up and carry you quickly out of the fire, or someone who has to wait for the right equipment to be brought in to help them carry you? I'm all for equal opportunity, but that doesn't mean lower standards so that more people can qualify. It means anyone can try to meet those standards and those who do meet and perhaps exceed the standards have an equal chance of being hired.

InSight
In Australia, certain jobs are advertised “Aboriginal applicants only”.
Activists say they want equal rights but in reality they want special treatment. Affirmative action is in essence, racist. It is not only divisive but demeans the very people it is meant to help by saying, you can’t make it on your own merits, you need help. I for one think it’s more than a little pathetic to be elevated to a position you know you didn’t earn.

Mary Wray
Giving people jobs based on the color of your skin instead of experience or education is unwise practice economicly and this is where we are. In fact the whole reading and writing is racist is just anthor form of affirmation action. How do we expect a thriving economy if everyone is illerate

Event Hʘriךּon
in short: the loss of fairness (equal opportunity) is aggravating for everyone, both the winners (that feel like they could have won with less effort and so spent energy in vain), the losers (who think they could have won with the advantage, or at least had a better chance) and the bystanders, who dont get to experience a fair game, which is a lot more entertaining, as there are real stakes and real comparation of skills.

There is also pride in loosing with dignity, that is taken away by unfair games, while only being 'positive' for the direct group it benefits.
No wonder it aggravates more than the direct interested.

Ben Halstead
I would argue that participation in a rigged system is a direct wrong, even in the case where, were the system not rigged, you still wouldn't have won.
View all video comments on YouTube
22:38 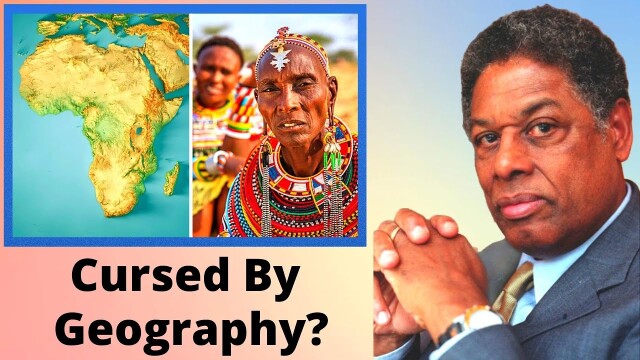 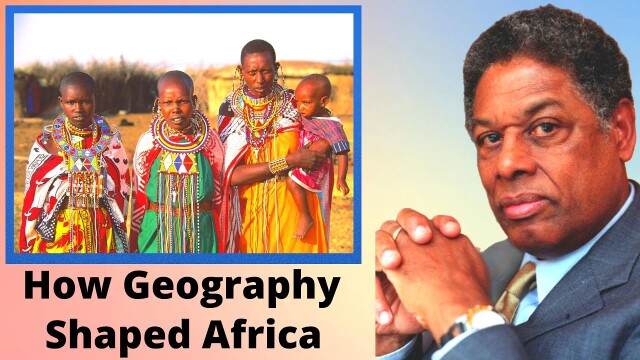 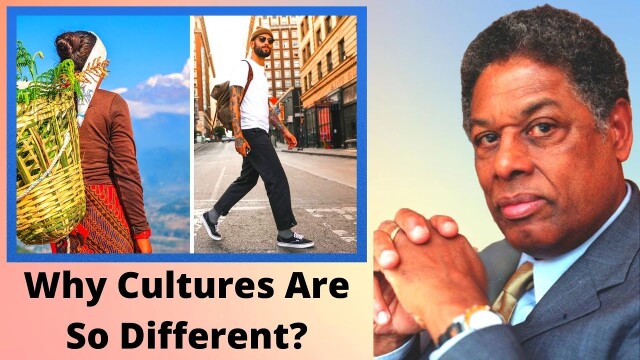 Why Cultures Are So Different? | Thomas Sowell